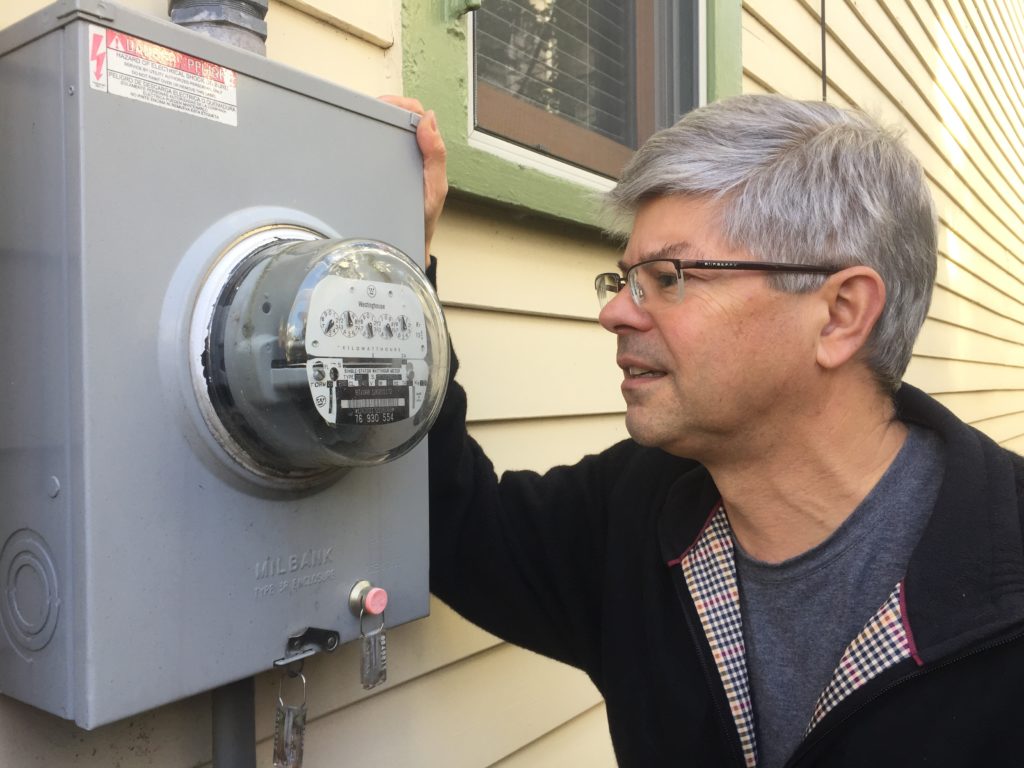 Calling Rockland Electric’s proposal for smart meters and Advanced Metering Infrastructure “revolutionary” and “a future we have to embrace,” Commissioner Fiordaliso joined his fellow Board of Public Utilities members in unanimously approving the utility’s plan to provide 74,000 customers near-real-time data on their electrical usage.  EELC represented the Environmental Defense Fund and worked with the utility in making the case to the Board that advanced metering technology should come to New Jersey.  Giving users information on how much energy they are consuming at 15-minute intervals makes it easier for them to conserve energy and gives them a choice not to use energy at certain times of day when demand is high.

Grid planners use the same data to lower peak demand and integrate more alternative energy sources into the system. AMI also helps utilities get power back on faster and plan for recovery from large storms.

Smart meters and the associated infrastructure have been available in other states for many years.  New Jersey’s lag in adopting them drew the interest of our client, the Environmental Defense Fund (EDF), a national “Big Green.”   Rockland Electric’s petition to the BPU for approval for smart metering infrastructure in New Jersey provided the perfect opportunity for EDF to work on narrowing the growing gap between New Jersey and other states that have deployed AMI.  Today, more than half U.S. households in other states have access to granular data on their electrical usage.

Currently New Jersey ranks 47th in the nation in smart meter use, with only 1% of its electrical users having a technology which provides two-way communication between user and utility with data on near-real-time usage, pricing, and when to use electricity most efficiently.  (New Jersey and Data-Driven Innovation: Imperfect Together, NJ Spotlight, Aug 7 2017.)

The Environmental Defense Fund came to EELC attorneys for their regional knowledge and experience in front of New Jersey’s BPU.   In EDF’s opinion, it was New Jersey’s Rate Counsel’s opposition to AMI that led to a growing gap in AMI deployment between NJ and other states.  In its role in protecting NJ consumers from higher costs for electricity, Rate Counsel was concerned about pre-authorization of AMI technology by the BPU, arguing that Rockland Electric must install the technology and show that it brings net cost benefits to consumers before seeking approval from the Board.

Rockland Electric presented a business case financial analysis to the BPU, providing estimates that installing the new AMI technology would provide a net benefit of $49 million over a twenty-year period. Ratepayers would see the savings in their bills.

The Board authorized Rockland to install smart meters technology and pointed out that they were not approving recovery of the utility’s investment at this time.  Rockland will seek recovery in the utility’s next base rate case, using performance metrics developed jointly with EDF that will measure progress towards each expected benefit.

EDF brought to the table their knowledge of standards for Advanced Metering Infrastructure that were developed nationwide, including the use of a standard data format called Green Button Connect and the right of customers to have free access to the data.

“EELC successfully negotiated on EDF’s behalf with Rockland and helped Rockland strengthen their proposal to the BPU,” according to EELC attorney Raghu Murthy who led the case.  At its August 2017 meeting, BPU President Richard Mroz thanked the Environmental Defense Fund for its participation.

With the granular energy use data that AMI and smart meters provide, customers can make wiser energy use decisions, and grid planners can build a modern electricity system that rewards energy efficiency, lowers peak demand, integrates more distributed energy resources (like wind and solar), and improves reliability and resiliency.  In the agreement negotiated by EELC, Rockland Electric promises to provide that data to all of its customers for free.

The Board concluded that the AMI program had the potential to provide all of these benefits, and that the state’s Energy Master Plan supports AMI. Outside of New Jersey, almost sixty million Americans already enjoy the benefits of AMI and smart meters.

“The Board HEREBY FINDS that RECO’s AMI Program has the potential to distribute additonal data and the capabilities necessary to enable a host of benefits to the distribution system, thereby allowing the Company to streamline and modernize its operations, provide an enhanced customer experience, and benefit the environment.”  (In the Matter of the Petition of Rockland Electric Company for Approval of an Advanced Metering Program, Decision and Order, Board of Public Utilities, August 23, 2017).

The Board approved the Petition unanimously. President Mroz called the Rockland Electric proposal “exciting and interesting.” Commissioner Fiordaliso named himself an “enthusiastic supporter.”

Recently, Rockland Electric announced that they will go ahead with AMI implementation.   The company will submit an implementation plan this December.